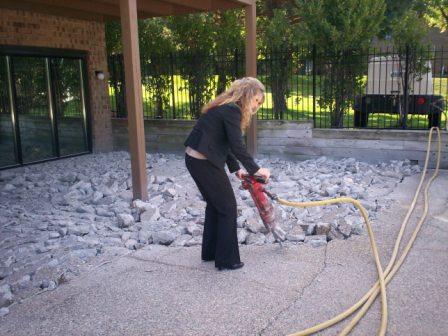 A Lot of Movin’ and Shakin’ Going On

Even though the swimming season is officially over, you may have noticed some commotion lately down at the pool. The concrete deck is undergoing major restoration and repair so that it will be all set to go for the 2012 season.

Ginny broke out the power tools to get the job started The heavy machinery took it to task The old deck being cleared away Robert, Ryan, Evan, and Brent after a hard day’s work!