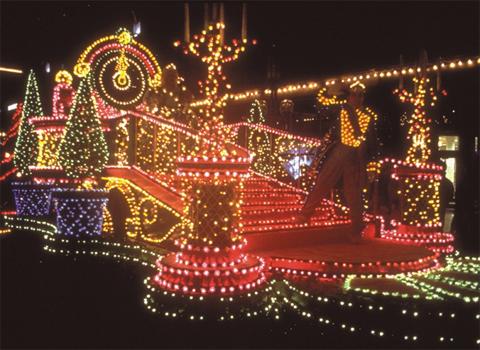 Be Dazzled By The Holidazzle

Once again itâ€™s time to bundle up and head to the free Target Holidazzle parade! The parade starts Friday, November 23, and can be viewed every Thursday through Sunday night until Sunday, December 23, all at 6:30PM. Take in the bright lights of illuminated floats, enjoy music, see celebrity Grand Marshals and Santa in his sleigh. The parade first began in 1992. Every year since then the parade has marched down Nicollet Mall in Minneapolis during the holiday season, drawing over 300,000 spectators. Check out more information on the Holidazzle Parade at their website.