Father’s Day is this Sunday, June 21. That means it’s time to show our dads how much they mean to us!

The idea of Father’s Day began with Sonora Dodd, one of six children raised by a widowed father. Sonora went around to local businesses and government officials in Spokane, Washington, drumming up support for her idea. Sonora’s efforts eventually paid off, as Washington State was the first to celebrate a statewide Father’s Day in 1910.

As supporters for Father’s Day tried to take this holiday nationwide, many men resisted the idea. One historian wrote “they scoffed at the holiday’s sentimental attempts to domesticate manliness with gift-giving.” Today’s men, of course, know that Father’s Day is a day to be celebrated for one of the most important roles one can play in the life of their children, and most dads look forward to their day to be appreciated.

Buying that special gift for your Dad can still be difficult. What they want, or don’t want, might be surprising! According to familiesonlinemagazine.com, here are some of the least favorite gifts dads get on Father’s Day:

There goes everything on our gift lists! But what do dads really want then? According to this same poll, 36% of dads want to eat out with their family. When it comes to being a parent, dads are not that different from moms. They cherish time with their families. So give your Dad what he wants! Here are a few suggestions of local restaurants with special menus or deals for Father’s Day:

Outback Steakhouse – Steak is always a father favorite! Celebrate with their Dad’s Day 3-course meal, starting at $20.99, or buy a $50 gift card for dad and receive a free $10 Gift Card. outback.com

Buca Di Beppo – Authentic Italian cuisine served family-style and perfect for sharing. They open at 11:00 a.m. on Sunday, and you can reserve your table online. bucadibeppo.com

Granite City Brewery or Jake’s City Grille – Start dad’s day out right with a brunch buffet. Let dad choose from all his favorites and go back for seconds! gcfb.net  or   jakescitygrille.com

Dairy Queen – Most Minnesota dads grew up looking forward to a family trip to DQ. Stop in for a Blizzard or order a DAD mustache cake online. dairyqueen.com

We are glad President Nixon finally made Father’s Day a federal holiday in 1972, and we hope all our resident and staff dads have an awesome Father’s Day!

Take a look at some of those staff dads with their children below, and feel free to post your own Father’s Day photos on our Facebook page! We’d love to see how you celebrated time with the fathers in your family this weekend. 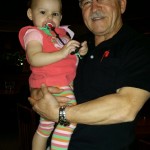 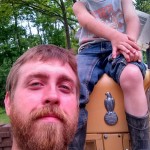 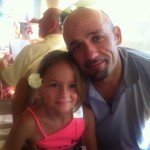 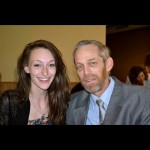 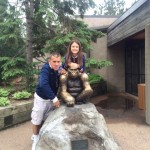 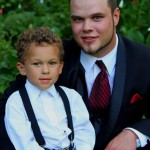 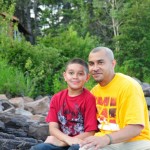 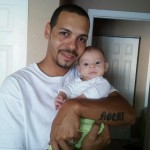