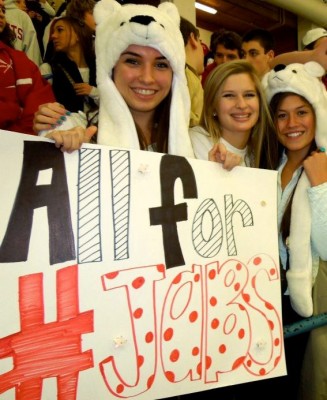 Lexington Heights Assistant Manager Pattyâ€™s cousin, Maddie, is a classmate and good friend of Jack Jablonski. As most of your probably know, Jack, or Jabs as he is known to many, is the 16-year-old Benilde-St. Margaret sophomore that was paralyzed on Dec. 30 after a check from behind in a high school hockey game. While doctors don’t feel he will ever walk or skate again, he has regained some movement in both his shoulders and upper arms. After his feeding tube was removed on Saturday January 7, he ate his first solid food of cheese pizza, and was lifted into an upright position for a few minutes.

Jack and his family have a long and difficult road journey ahead of them, as well as many medical expenses. If you would like to donate to the Jack Jablonskiâ€™s Fund, you can do so by visiting any Wells Fargo Bank or mailing it to: Jack Jablonski Fund, P.O. Box 16387 St. Louis Park, MN 55416-2618.

You can learn more about his story at the Star Tribune:
http://www.startribune.com/local/west/136756903.html