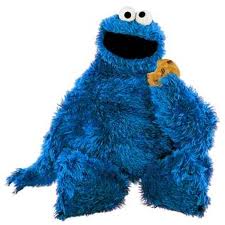 November is an exciting month – it is the start of the holiday season and everyone seems to get busier. As stressful as these times can be, in the end it is always worth it because of all the quality time you get to spend with the ones you love.

November 1st All Saints Day:
All Saints Day is a Christian holiday that celebrates the lives of saints in the Christian church, many of whom were martyred for their faith or lived a particularly holy life. November 2nd Cookie Monster’s Birthday:
The adorable and voracious monster that loves to eat almost anything, but most especially cookies, has his birthday celebrated today. Get into the spirit by reading Happy Birthday, Cookie Monster!

November 6th Election Day:
This is the day that we as American exercise our right as â€œWe the Peopleâ€. We will be selecting not only our president for the next 4 years, but also state and local offices as well. Check with your local municipality for polling places.

November 11th Veterans Day:
Originally called Armistice Day, we celebrated the cease fire that ended the â€œGreat Warâ€ now known as The First World War (WW1). The war ended on November 11th 1918 at 11:11 (11/11 at 11:11). The first official Armistice Day was marked with the U.S., England, and France each burying an unknown soldier at 11:11 on November 11th 1921. President Eisenhower changed the holiday to Veterans Day in 1954, as a national holiday to honor all of our U.S. soldiers who have valiantly served or died in any wars or conflicts.

November 15th The Great American Smoke Out:
No need to wait another month and a half to start your New Yearâ€™s resolutions; since 1977, on the third Thursday of November, The American Cancer Society has been encouraging all smokers to snuff out the cigarettes on this day. With a short term goal of extinguishing the â€œbuttsâ€ for one day, their obvious long term goal is to give smokers the boost to kick the habit for good. November 22nd Thanksgiving Day:
The first Thanksgiving was 1621 between the Pilgrims and the Native Americans. The feast lasted 3 days and was a time to be thankful for a bountiful fall harvest, and to thank the natives for their kindness. Thanksgiving in its current incarnation as a national holiday has evolved quite a bit over the years. The Continental Congress declared the first national Thanksgiving holiday in 1777 following the American Victory at Saratoga. In 1789 George Washington was the first President to proclaim a day of Thanksgiving. He set aside November 26th (a Tuesday not a Thursday) as a day to thank God for our new Constitution.

November 23rd Youâ€™re Welcome Day:
A bit more obscure than Thanksgiving Day, Youâ€™re Welcome Day is a newer holiday. Believed to have originated in a blog back in 2002, it always follows the day after Thanksgiving. The day is an attempt to bring manners back to society. After all, after saying â€œthank youâ€ the day before isn’t it only proper to say â€œyouâ€™re welcomeâ€?

November 23rd Black Friday:
A shoppers dream (or nightmare)! Black Friday seems to be starting earlier and earlier as the years go by. Years ago, sales started between 8:00AM and 11:AM depending on the retailerâ€™s hours of operation. Then they started with â€œDoor Bustersâ€ that started as early as 5:00AM, then 3:00AM! As of last year many stores opened at midnight following Thanksgiving dinner. Before we know it, Black â€œFridayâ€ will be on Wednesday.

The Term â€œBlackâ€ in Black Friday is a financial term, because many retailers operate in the â€œRedâ€, or in debt all year long, that is until the Holiday shopping season where there ledgers are finally in the â€œBlackâ€. If you are not a fan of Black Friday, another, â€œday after Thanksgivingâ€ holiday may be more to your liking. It is a 24 hour moratorium on holiday shopping that began back in 1992 called â€œBuy Nothing Day”.