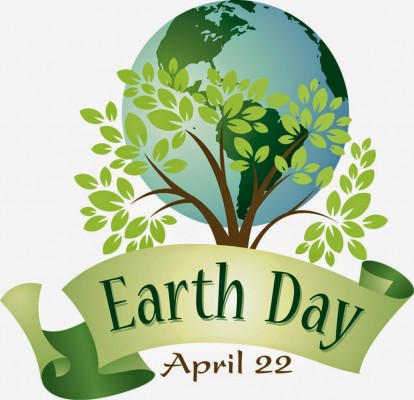 Did you know that today is Earth Day? Earth Day is a popular global observance to raise awareness and appreciation of the environment. The idea for Earth Day began circulating in the 1960â€™s, when concerns about the environment began to rise in the United States. The first Earth Day was celebrated on April 22, 1970. It was designed as an environmental awareness program with its aim to educate participants about the importance of preserving the environment. In 1990, a global Earth Day was organized, and now is observed in more than 140 countries by 200 million people.

Earth Day 2014 will be celebrated in many ways. Common community activities include picking up roadside trash, planting trees, using recyclable containers for lunches, programs on conservation, recycling and more.

Eagle Ridge does several things to conserve our Earthâ€™s resources: for example we use low flow toilets and shower heads to conserve water. Our care-taking staff works hard to make sure your home is free of unsightly trash. Recycling containers are provided for residents and you donâ€™t even have to sort your recyclables — simply put your recyclables in the bin! Recycling one aluminum can save enough energy to power a TV for up to 3 hours! Thanks for doing your part in saving our precious planet!