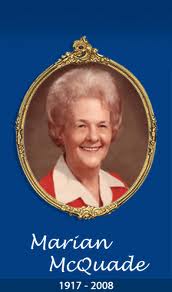 It seems each month has its share of holidays, and September is no slacker! We’ve already passed a few holidays this month, but there are still more to come! We’ve already flown past Labor Day (and the kids are back to school!) and Grandparent’s Day. Just yesterday was Patriot Day, when we remember the events of September 11, 2001. Read below for a description of these days of import and some upcoming notable dates as well.

September 3rd  Labor Day
A national holiday that celebrates all of the hardworking Americans and their contributions both social and economic. September 9th  Grandparents Day
Declared a National holiday by President Jimmy Carter in 1978. Marian McQuade advanced the idea for Grandparents day. Her vision was to help the elderly in nursing homes that often get forgotten about.  She thought that this would be a day to recognize the wisdom and heritage that grandparents can provide.
September 11th  Patriot Day
A day to remember the horrible events of 9/11/01. When terrorists attacked the USA, killing thousands.
Flags will be flown at half staff to honor the victims, and the heroes that risked their lives to save others. The first plane struck the World Trade Centerâ€™s North Tower in New York at 8:46am (Eastern Daylight Time). All Americans are asked to observe a moment of silence at this time.

September 17th  Rosh Hashanah
Rosh Hashanah is the Jewish New Year. Unlike the parties surrounding January 1 for the new year, Rosh Hashanah is more about prayer and reflection, but there are still many celebrations. The traditional foods eaten during this time is challah bread, apples with honey and tzimmes which is typically a combination of carrots, yams, cinnamon, prunes and honey.

September 22nd First Day of Autumn
Itâ€™s so sad to see summer fade away, but letâ€™s at least enjoy Autumn as much as possible before the harsh realities of winter set in. Go pick some apples at an orchard, bake some apple pie (donâ€™t forget to bring some to the office), and drink some warm apple cider or hot chocolate.