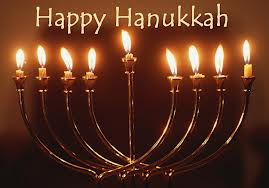 No Other Month Knows How To Party Like December

December is a month packed with holidays and commemorations. Check out some of the major celebrations and observances that take place during this month.

December – 7: Pearl Harbor Day:
December 7, 1941 the US Naval base in Pearl Harbor was attacked by Japan. On that day this year government flags will be flown at half staff as we remember those who lost their lives during this attack. The day after this attack the US declared war on Japan.

According to the Talmud, one of Judaismâ€™s central texts, Judah Maccabee and the other Jews who took part in the re-dedication of the Second Temple witnessed a miracle. Even though there was only enough untainted olive oil to keep the menorahâ€™s candles burning for a single day, the flames continued flickering for eight nights, leaving them time to find a fresh supply. This wondrous event inspired the Jewish leaders to proclaim a yearly eight-day festival.

December 25: Christmas
Christmas is an annual Christian holiday celebrated on December 25th that commemorates the birth of Jesus Christ. Jesus would come to be called the son of God. Jesusâ€™ story is detailed in the Bible recounting many miracles he preformed from healing people with diseases, feeding 5,000 people with only 2 fish and 5 loaves of bread and even raising the dead.

One cannot talk about the history of Christmas without mentioning Santa Claus. Bishop Nicholas of Smyrna, who lived in the 4th century A.D. in what is known today as Turkey, was a very wealthy and generous man who especially loved children. He was known to throw gifts into the houses of poor children in order to brighten their spirits. He was later titled Saint Nicholas, and became the patron saint of children and seafarers. His story evolved into the legend of Santa Claus â€“ the jolly man who brings gifts to children all over the world on Christmas Eve.