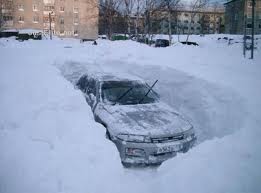 Oh sNOw! The Snow is coming!

We have been lucky lately with the light amount of snow that we have received, but unfortunately it will not last.  Here’s some pictures from previous seasons to remind us of the aftermath of snow in the parking lot!
Now that we recall the hazard of snow and have seen some funny pictures that we can be thankful are not we’re not in, a reminder is in order before we get another major snow storm!
Eagle Ridge Apartments would like to remind you that we do not allow non-motorized, non-moving, non-operable or unlicensed vehicles to be parked in the lots.  All vehicles must be moved on a regular basis to allow for necessary snow removal.

Vehicles that are in violation of this Community Policy are subject to be towed at the vehicle ownerâ€™s expense.