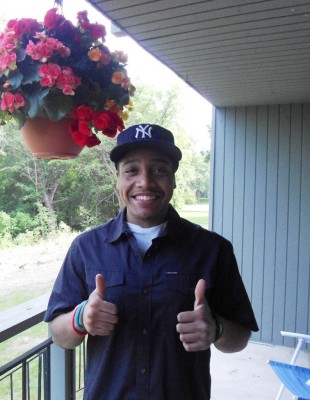 For this installment of a Salem Green Resident Highlight we’d like to introduce you to J.R. He’s an amazing resident who has lived at Salem Green for a couple years, and we’re sad to say that he will be leaving us in July. The happy part of the story is that he’s leaving to further his acting career. J.R. will be moving to Studio city, California where he will continue working with his agent to land acting roles. Not everyone gets to do what they love and are passionate about, but J.R. is doing just that! He recently finished his season with Climb Theater, which is a Children’s traveling theater company that performs plays at area schools all around the Twin Cities. Climb Theater promotes a positive message and it is a job that J.R. will truly miss.

“Making an impact on one kid’s life is a reward in itself,” stated J.R. Currently he is working on two films right here in Minneapolis. One is called Body of Real Things, which is a dramatic comedy. J.R. is also filming a movie called My Senior Year. In this Comedic Drama he plays that funny guy everyone wants to be around, which is a role he can relate to, we think! Every time  J.R. enters the Salem Office he yells “Taa-Daa! It’s your favorite resident!” When he’s not in the Salem office making us laugh you’ll likely find him watching a movie or sports, or playing sports or video games, or reading, and often having a good time with family and friends.

We asked J.R. what he will miss most about Salem Green. He replied, “The awesome office staff and my spacious apartment.” We wish J.R. lots of luck in California and we just know we’ll see him on the big screen soon!